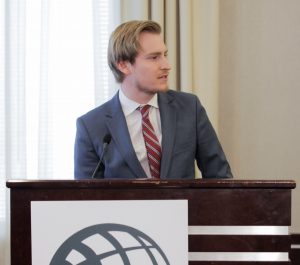 CAMBRIDGE, Mass. – On March 8, 2017, MIT announced that R. David Edelman, former White House Special Assistant to the President for Technology & Economic Policy, will join the Institute, effective immediately.  At MIT, Dr. Edelman will direct the new Project on Technology, the Economy, and National Security, holding a joint appointment with the Computer Science & Artificial Intelligence Lab (CSAIL) and the Center for International Studies (CIS).

“I am excited to welcome David to MIT’s Internet Policy team” said Daniel J. Weitzner, Founding Director of the MIT Internet Policy Research Initiative (IPRI) and Principal Research Scientist at CSAIL.  “Our goal at IPRI is to develop technically-grounded Internet public policy options for governments around the world. David’s government leadership and international relations scholarship will help us to develop new research agendas speaking to the most pressing problems faced by policymakers. ”

“I’m thrilled to join some of the leading researchers in technology, Internet policy, and national security here at MIT,” said Edelman. “As technology shapes nearly every aspect of modern governance, institutions of higher learning have a vital role to play confronting new national and economic security challenges. Together CSAIL, IPRI, and CIS are uniquely positioned to lead in this space, bringing deep expertise to bridge the gap between technical innovation, economic growth, and national security.” 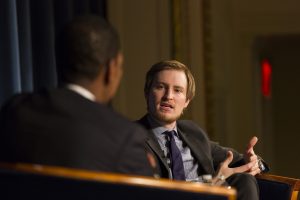 An international relations Ph.D. whose scholarship has focused on cybersecurity and law, Dr. Edelman comes to MIT following six years at the White House — where he was the only policymaker to serve on President Obama’s National Economic Council, the National Security Council, and in the Office of Science and Technology Policy.  He was most recently responsible for government-wide policy development and coordination on all matters of the digital economy, and in previous roles at the NSC, United Nations, and State Department, was a lead author of the U.S. government’s Internet and cyber foreign policy doctrine.

The Project on Technology, the Economy, and National Security (TENS) — part of CSAIL’s IPRI — will build on MIT’s contributions to international cybersecurity, privacy and surveillance, artificial intelligence, and autonomous vehicles through regular seminars, publications, and an active community of experts based in Cambridge.

Dr. R. David Edelman comes to MIT having distinguished himself as one of the U.S. government’s foremost voices on how technology is changing our economy, national security, and daily lives. An expert on pressing technology challenges facing national security and the global economy, his insights have helped shape national and international policy at the highest levels. 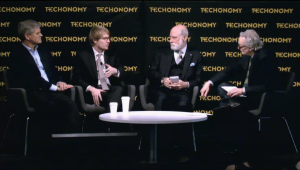 In his most recent role as Special Assistant to the President for Economic and Technology Policy at the National Economic Council (NEC), he led the White House team focusing on the digital economy — including broadband, telecommunications, spectrum, and technology trade — as well as consumer cybersecurity, domestic and international data privacy, high-tech patent and copyright issues, and antitrust/competition.

In his time at the White House he led engagement with hundreds of technology companies around the world; advised the President on a range of emerging technologies such as big data, drones, and autonomous vehicles; and designed and managed over $15 billion of signature programs focused on technology, education, and economic opportunity.

He was awarded the State Department’s Superior Honor Award for his work on intelligence matters, and was twice the recipient of the Meritorious Honor Award for his United Nations negotiations and development of the nation’s cyber diplomacy strategy. He was previously named one of Forbes’ “30 Under 30” leaders in Law & Policy, and later chosen as a “30 Under 30 All-Star Alumni” — one of only three in the magazine’s history — for his ongoing contributions to national policy. 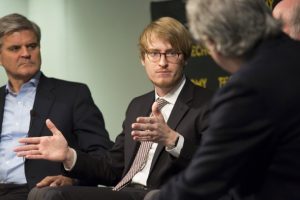 About the Project on Technology, the Economy, & National Security

At a time when technology issues are increasingly at the center of some of the most pressing global debates about economic wellbeing and political stability, the new Project on Technology, the Economy, & National Security aims to bring together disparate fields to produce a body of scholarship and community of engaged students researchers to tackle these complex challenges.  The Project, a part of MIT’s Internet Policy Research Initiative, will be led by former technology advisor to President Obama, Dr. R. David Edelman.

In just the last year we have witnessed current and former superpowers threaten to disrupt elections; infiltrate nuclear command and control; black out media sites; and expose the most closely guarded secrets of intelligence operations.  These actions are not isolated incidents, and suggest fundamental reconfigurations of power and stability in the international system.  There are few forces in foreign policy moving as quickly as those at the intersection of the Internet, cybersecurity, and artificial intelligence; yet they remain among the least understood to practitioners and the general public alike.  This unfamiliarity is compounded by policy discussions’ lack of “ground truth” on the current and future contours of the underlying science and engineering.  These new digital phenomena create an urgent need to contextualize this state behavior in international relations; apply deep technical understanding to identify what is truly novel; and harness an interdisciplinary approach to build consensus around norms of state behavior.

The stakes are similarly high outside of interstate conflict — especially in the day-to-day economic and political interactions that mark most statecraft, so many of which are now digitally mediated.  Revelations and misunderstandings about cybersecurity and privacy have threatened to chill relations among governments and their leaders, derail hundreds of billions of dollars in international trade, and fell longstanding incumbents in the global technology business.  At the same time, absent a clear understanding of the technology, it is impossible for those same governments to understand which risks are minor and which are market-moving, or whether major innovations like artificial intelligence really threaten the fabric of the modern economy.  It is little wonder then that international consensus has yet to emerge on shared principles to ensure technology remains a uniting rather than destabilizing force in domestic and international economic affairs.

As a bridge between engineering, economics, and public policy, MIT intends play a unique role shaping understanding in this fast-moving space.

The mission of the Internet Policy Research Initiative (IPRI) is to work with policy makers and technologists to increase the trustworthiness and effectiveness of interconnected digital systems. IPRI will accomplish this through engineering and public policy research, education and engagement. IPRI is led by faculty researchers from engineering, social science and management labs at MIT and housed at the MIT Computer Science and Artificial Intelligence Lab. At a time when technology issues are increasingly at the center of some of the most pressing global debates about economic wellbeing and political stability, the new Project on Technology, the Economy, and National Security aims to bring together disparate fields to produce a body of scholarship and community of engaged students researchers to tackle these complex challenges.  The Project, a part of MIT’s Internet Policy Research Initiative, will be led by former technology advisor to President Obama, Dr. R. David Edelman.

With the generous support of the Hewlett Foundation, the Ford Foundation and the National Science Foundation, MIT created the Internet Policy Research Initiative to bring together the best of MIT’s engineering, social science, and management insight to this most vexing challenge. Our goal is helping guide governments and private sector institutions around the world in framing sustainable, effective Internet and cybersecurity policy.