IPRI’s R. David Edelman was featured and quoted by WIRED in “The US Government Isn’t Just Tech-Illiterate. It’s Tech-Incompetent“

“It’s yesterday’s solution to what is a much more complex issue as we understand it today,” says R. David Edelman, former special assistant to President Obama on cybersecurity and tech policy. The real fix, instead, demands the administration treat cybersecurity and technology competency as a required skill for all members of government. That’s a lesson Obama only figured out after years; Trump needs to learn it sooner.”

“To get going in the right direction, the Trump camp needs to go through what Edelman refers to as the three steps toward cyber nirvana. “The first is ‘Oh, we don’t really know about this cyber thing.’ The second is ‘Oh my God, this cyber thing, we need to appoint a czar.’ And the third and highest form is realizing this is a skill set that is going to have to be known to pretty much any official in government.” 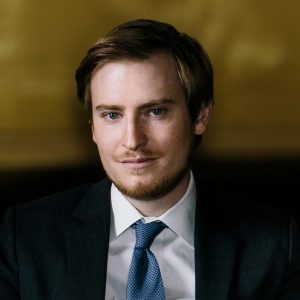 Trump, who on the campaign trail loved to refer to cybersecurity as “the cyber,” is following that track exactly. Last month he appointed his son-in-law, Jared Kushner, to head up the Government Innovation Office. The president also signed an executive order creating a tech council to modernize the government. That puts Trump squarely on the second step toward Edelman’s ideal. And though the president’s team is busy undoing the work of Obama’s cyber regulation and policies, all administrations reinvent the wheel at first. Edelman has hope that Trump’s team will soon realize tech literacy is not a partisan issue, and then they’ll realize the Obama team left them blueprints for how to draft coherent policies.

“People underappreciate that getting it right and getting it organized took a lot of time and many, many iterations,” says Edelman. “The evolution of taking these issues as core was slow [in the Obama administration]. When we started, one person on the economic council did tech stuff, but when we left it was a third.””