Should Robert Mueller keep the names of his team confidential? 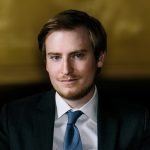 Why is Robert Mueller keeping the names and identifies of his team confidential?  Could it help protect them for cyber attacks, or hackers trying to steal information? Probably.  R. David Edelman, a Director at the Internet Policy Research Initiative’s group at MIT says it’s a smart move because it’s possible individual members of the investigative team may be targeted, both foreign and domestic.

How could possible hacks impact the Trump Russia investigation team? Will this be the new norm for high level investigations?

What are ways the investigative team can protect themselves?

R. David Edelman explains more in Andrea Noble’s article “Mueller mum on much of team; members at risk of cyberintrusions from hackers they’re investigating” at The Washington Times.