Student Reflections – The experience of the moot court

I was thrilled by the moot court. Since I’ve been on SJTU’s moot court team, I was excited to see how this moot court was different from what we have in SJTU. The first difference that shocked me was the extremely limited time. It is very challenging, if not impossible to prepare for the moot court with one whole afternoon and another hour right before the actual court, because usually it takes more than a semester to prepare. Although Danny had simplified the case for us, it still sounds exactly like a “Project Runway” for moot court. 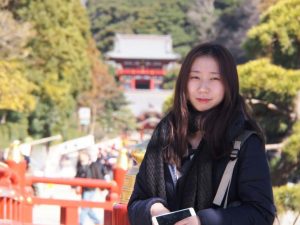 But we were still going to do it. A moot court preparation needs to focus on at least three basic elements: a full comprehension of the moot case, the correct application of the law, and a smart strategy to play. With the limited time, all the preparations must be quick and effective. And indeed, the speed and the efficiency of the preparation were far beyond my expectation.

We first started by reading the case aloud together. Jonathan suggested we read the case out loud one by one, and ask questions whenever we had a problem with the facts mentioned, so we could write them down later and fit them into a timeline. The method of reading aloud together when going through the case was immediately different from what we usually do here, where we often read the case separately in the SJTU team and we seldom discuss the fact part in the case during team meeting. However, as we did what he suggested, reading aloud turned out to be very effective. I had this bias that “a fact is a fact,” and the word itself indicates that no discussion would be needed on it. But ironically, a problem we often encounter on the SJTU team during the preparation for the court is that team members always have a different understanding for the same “fact”. However, by reading aloud together and raising questions, we can ensure that we were on the same page. There are also times when we realize that we didn’t really read through the fact until we were asked by our teammates. Trying to explain the fact to others would also enhance our comprehension and makes us more familiar with the fact.

After we went through the facts, we started to put them in a timeline. The timeline is another method I strongly recommend and would like to bring to our SJTU team. Although it is a well-known method to organize ideas, I was still shocked by how useful it was when we actually applied this method. One thing that impressed me was that the timeline can help us discover many “hidden facts”. As is described in the moot case, the plaintiff lost the chance for an important investment due to being late because many of her apps malfunctioned in the morning before she left for her office. I wrote “the plaintiff woke up” to start my timeline, but my teammate quickly reminded me that the timeline should begin with the “Amazon upgraded its app and sent an email to the plaintiff”, which happened much earlier than that morning. I was very astonished to discover all these “hidden facts”, which would be a great help for us to identify the complete casual-link for the case, and know who should really be held liable. Working out a time-line made us sure that we didn’t miss out any single fact and had a more comprehensive understanding of the whole case.

As soon as we had a basic knowledge of the fact part, we went through the law. Danny made up an “Internet of Things Act” for this moot court, and basically the “Act” was all the law we needed to apply to this case. We again read aloud the law together, and it helped for us to circle out the applicable clauses. With the timeline in our mind, we had a quick grasp of what rules might be useful and we had some ideas of how to develop it. We then shared our thoughts. One thing that is important is that we had to tell the story on our side to show that we were not at fault, and show that the other side were at fault. However, when I started to look at the facts that might be negative for the plaintiff or other defendants, Jonathan suggested that considering the limited time, we should focus more on our part. So our strategy was that instead of blaming it on others, we only focused on what we did, and tried to avoid being anyone’s target. Since there are one plaintiff and 4 different defendants, it is expected that there will be a lot of finger-pointing by the plaintiff and even between the defendants. I think our strategy was smart, because we don’t have to prove who’s liable as a defendant, we only needed to prove that we were not. Our strategy not only gave the court a clear picture of our side of the story, but also could save us getting into an argument with other defendants.

After we had this full picture of our strategy, we started to assign our parts. Basically the idea was to have everyone have a chance to speak, and everyone then went back to work on their part. Jonathan suggested we write our speeches down and read then out when we got back to our dorms, so we would know as we read if we would like to add anything. Since organizing a complete sentence in English is quite difficult in the actual moot court, it was better for us to prepare ahead of time.

The actual moot court was very fun. We went to Xuhui Campus, where there was a mimic replica of an actual Chinese court. So the moment we sat down as defendants, we sort of “got into the character”. Actually, the exact great fun of a moot court is to see your peers play all kinds of roles. It’s like one minute ago they were talking and laughing with you, and after the court begun they immediately act like attorneys and start all the formal and legal talking and reasoning. Since one core of the moot court is presentation, everyone was working hard to present their piece. Our group prepared by having members pair up and tell our piece to each other in order to ensure that our ideas can be understood. We also do the same thing on our SJTU team. In Chinese, there is a saying of “pouring dumplings through a teapot” which is used to describe people with all kinds of great ideas, like the tasty dumplings, but cannot express them clearly. Practicing with others really helped a lot, I could tell from the judges look that they “enjoyed our dumplings”.

Our strategy to focus only on our side of the story also worked: nobody went after us and we soon got out of trouble. Another strategy used by another group, representing Apple, was also very impressive. They used the fact provided in the moot case, but also did research on how Apple Store examines the apps upgraded in the real world. Then they added the fact in favor of them in the real world to the fact provided in the moot case. This strategy was really smart and also added a sense of reality to the court.

Everyone did a great job. I could literally sense the spark of ideas watching others plead as their logic flow, or catch a few laughs when I heard a witty refutation. After the judges went out for discussion, they came back with the results. Two teams of defendants, including us, were not held liable while the other two were held liable. It was not beyond my expectation because the two teams held liable got the “hard one” in the first place. I remember a great lawyer saying, “You will win the case that will win, and lose the case that will lose, while being a great lawyer is to sometimes win the case that usually will lose.” Just as Jessie said, we are not dealt with the same cards, so our focus should be on how to play the best out of our cards. We indeed did! Instead of paying too much attention on winning or losing, everyone was curious and asked Danny a lot of questions on how to improve, or what would be a better way to plead. There was a lot of clapping and laughing too. The judge also required that part of the “compensation” from the defendants must be used to create an fund for the development of law and technology. In the end, everyone had a great time.

I never had the experience to pull up a moot court in 2 days, but this challenging experience changed my opinion. Of course, with more time I believe we could do an even better job, but the whole preparation starting from scratch ending in a complete moot court was valuable and impressive. I need to say one more time that it is really great fun.