On Perceptions of Sovereignty in Cyberspace

A few months ago, I went to China for the first time ever. The topic of the trip, organized by MIT’s Internet Policy Research Initiative, was Internet policy with a focus on U.S. and Chinese perspectives. I was fascinated by the glimpses we got of the principles and human processes behind China’s legal system, and the evolution of an Internet policy that differs so radically in many ways from closer to home. 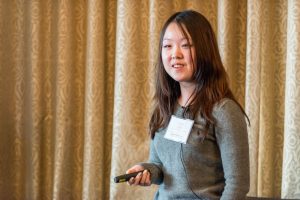 The tenets underlying a country’s legislative and policy-making processes are essential to the policies that eventually emerge from it — but many a time, they are also left unstated, whether for political reasons or because within the context of a country or a culture, such tenets are so fundamental as to be implicit. The letter of the law is only, so to speak, the final take of a performance; the policy-making process behind the scenes is an essential unwritten part of its character. In the context of Internet policy, a more nuanced behind-the-scenes understanding seems particularly important towards productive discussion on the international scale.

As one example, an oft-implicit tenet of fundamental importance in the U.S. is the imposition of checks and balances on governmental power, as embodied by the separation of powers in the Constitution and by the Fourth Amendment protection against “unreasonable [governmental] searches.”

A perhaps similarly core tenet in China seems to be sovereignty, and in the context of the Internet, “cyberspace sovereignty.” What exactly does this mean?

Well, to start with, it has been a key buzz term in Chinese Internet policy over the last few years, and a driving force and justification associated with policies such as online censorship, arrest of dissidents, targeted Internet blackouts, and governmental control and surveillance of online activities. Today, it is not difficult to encounter the term “cyberspace sovereignty” predominantly in the context of China and the way that the media reports on China. Against this backdrop, one natural tendency could be to associate the meaning of the term with its reported manifestation in concrete policies — and perhaps, thereby conclude that the concept itself is overall opposed to ideas such as freedom of speech or the conception of the Internet as an open and global information medium, that are commonly held dear in the U.S. and by many other people and countries of the world. 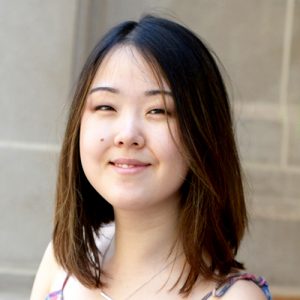 But it would be a mistake to deduce the nature of cyberspace sovereignty only from such examples; the concept is much broader and globally relevant than shown within this scope and appropriation, and deserves to be understood in and of itself. To take a closer look at the notion of cyberspace sovereignty and understand better what it means in its own right, as well as how disparately it can be viewed from the perspectives of different countries, was one of the more intriguing elements of my experience.

Sovereignty is a tricky term, even without any other words attached. Among the definitions given by the Oxford English Dictionary is “the authority of a state to govern itself […];” and among those of Merriam-Webster is “freedom from external control.” The latter definition betrays an interesting connection between sovereignty and the typically much less controversial notion of self-sufficiency: without some sort of self-sufficiency, nation can hardly be said to be truly free from external control. (In this context, it’s also interesting to observe that the concept of self-reliance is in fact written into the Chinese Constitution.)

Starting from these definitions, the term “cyberspace sovereignty” could be painted as a key underlying argument to almost every issue in international Internet policy. It used to be that the power accorded over a people to governments not their own was not an issue that arose, except in comparatively rare cases where individuals moved between countries. It used to be that you could not do business with, or communicate widely with, or commit crimes against, or facilitate the commission of crimes by the people of a country without a physical presence there. With the Internet, the exercise of a state’s authority over itself is now much more susceptible to external influences; and this fact can be seen as the root of most of the gnarlier issues of global Internet governance.

The U.S. is in a globally unique situation with regard to these issues. Today, the Internet is not, in practice, an idealized information medium where any user can conduct ephemeral communications in anonymity with anyone across the world. It is, rather, a network that average users are only accustomed to access through a relatively small number of centralized service providers and information providers which store and process large quantities of sensitive data about their users, of which the overwhelming majority are based in the United States. The extent of data gathered by service providers and what exactly it is used for is known only to them. Since the Snowden revelations, even many Americans are highly concerned about the extent of their own government’s and businesses’ access to such data. That puts a little into perspective the concern of other countries about a foreign government that does not even in principle have their interests at heart, and in whose decisions their people have no vote.

In U.S.-based discussions, from the perspective of being here in the middle of it all, an all too easy impression can be formed of the Internet as being global and unbiased, and supporting the free flow of information except as encroached upon by influences outside of the U.S. But can the flow truly be considered to be free and global when nearly all the current leads to one place? Returning to the more tangible notion of self-sufficiency: the U.S. is arguably the only country in the world with a credible claim to Internet self-sufficiency; China is another strong candidate for such a claim. Given the increasing integrality of the Internet to all aspects of many countries’ affairs, this observation seems fair cause for a second thought, even if not for immediate alarm.

At the same time, however, countries across the world are grappling with many of the same global issues related to Internet policy — indeed, sometimes many of our concerns may be more similar than it might appear at first glance, given the different perspectives from which they tend to be portrayed. Even from the U.S. vantage point, some notions of cyberspace sovereignty are much more favored than others (though the term “sovereignty” seldom rears its head in the debate).

Freedom from external influence in domestic affairs, for instance, is a flavor of sovereignty that it has recently been made abundantly clear that much American public sentiment stands behind. Indeed, the ongoing U.S. discussions over fake news, information campaigns, and online propagation of misinformation have borne thought-provoking parallels to the statements of longstanding concerns described by other countries such as China over, for example, the “creat[ion] or disseminat[ion of] false information to disrupt the economic or social order” (Cybersecurity Law of China, 2016).

I found in this trip to China a fascinating chance to try to step into another country’s shoes and learn about their laws and processes with a rare dash of inside perspective. It is illuminating to witness the same policies being evaluated divergently based on different values, and also to see similar problems being described in disparate terms when starting from distinct perspectives. Going forward, I personally would love to see more Internet policy discussions deliberately framed through more than one international lens.

——
More information on the course and other student reflections are available here.